I’m not a fan of centipedes and millipedes, at least not inside my house. They have so many legs…it just makes me shiver to see all those legs skittering across my basement floor. It’s creepy. I know they can’t help it but still, eek! 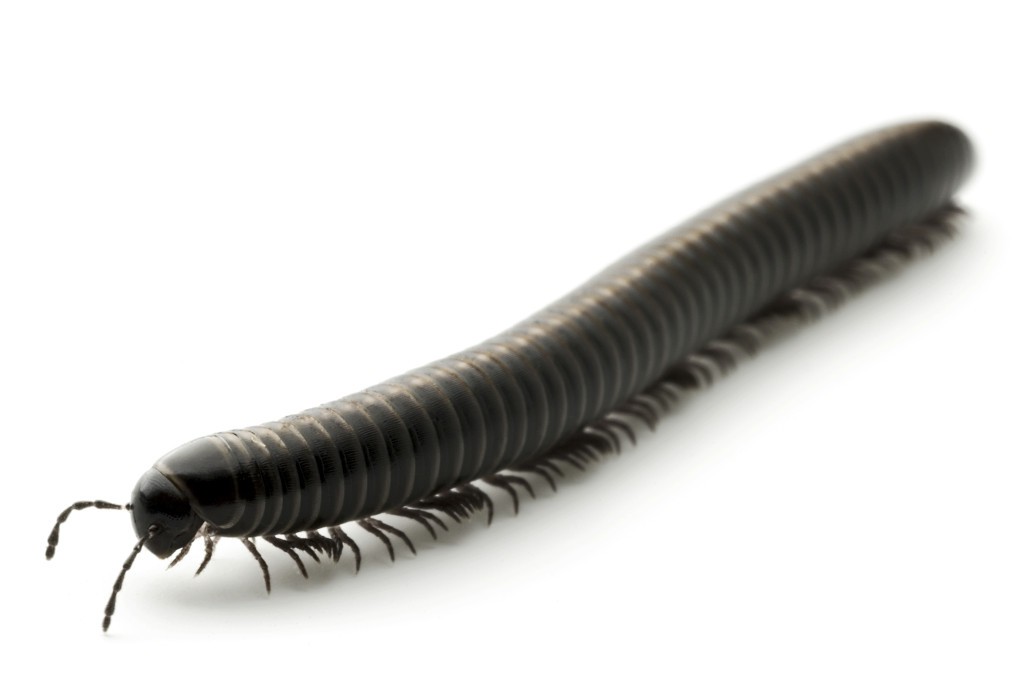 However, I must admit, they are cool creatures. So let’s do what we often do in these articles and overcome fear with knowledge.

First off, these many-legged invaders are not actually insects at all but myriapods with elongated bodies. Yes, I know that didn’t help me either. But the point is that they are more like cousins to the insects and closely related to creatures such as shrimp and lobsters, except that they live on land instead of water. Even though they don’t live in water, they do like water and seek out moisture. Many insects, in fact, are drawn into your home by leaks and water availability. Another note about these pests is that at least the centipedes actually eat insects, cockroaches being one of their favorite snacks. That’s a favorable trait, although I’m not sure it lessens the creepy factor in my opinion. And they aren’t known to carry disease, so there’s that.

Most people know centipedes and millipedes best by their long body shape and dozens and dozens of legs. But the distinction between the two isn’t often a well-known fact. Millipedes actually have two sets of legs for each segment, and these legs are positioned directly underneath their bodies, while centipedes possess only one set of legs in each segment and are on the side of the body. As far as the number of legs, that is not an easy answer. It depends. The word, centipede, is defined as “hundred feet” while the word, millipede, is known as “thousand feet”, even though neither of these is true from a mathematical standpoint. Centipedes (the ones studied) can have as few as 30 legs or as many as 350, depending on maturity and species. Millipedes generally have between 30 and upwards of 400 legs, but there is an amazing species called Eumillipes Persephone with over 1,000 legs! That is a world record.

Millipedes are also known as rain worms (lots of rain brings lots of millipedes) and look more like a worm with round body parts. Their head has short antenna and tends to be about 1 to 2 inches in length. Remember they have 2 sets of legs per body section so that means 4 legs per segment. Segments are added as they grow larger. The coloration is brown to black. Oh, and get this, all those legs climb up walls and come through cracks in your house’s foundation. Secure your battle stations!!

Although millipedes are not actually poisonous, some species can produce this fluid-like substance that can irritate the skin of some people. And there are varieties that can spray you with hydrochloric acid, which they use for defense. The spray can burn the skin and eyes. This is not a good pet, so don’t try to be friendly with millipedes. Oh, and they leave a stinky kind of odor if you touch them. So just don’t. Millipedes scavenge their food for the most part and like decaying organic materials such as vegetation and leaves. Millipedes live in the soil but do migrate at times of heavy rain or colder weather. The reason they get inside is not that they actually want to be inside but that their outdoor abode has become saturated with rainwater. They are headed for higher ground. Survival tactics rule the behavior.

Now on to centipedes. Remember that they have one pair of legs on each segment. Their bodies are kind of flat, and the head has long antennae. Their length can vary from 1 inch to a foot at maturity, but the most common variety in Georgia is around 5 inches. The coloration is yellow to brownish-red. Oh, and umm…their jaws have poison glands.

Calm down. I know, it’s freaky. But the poison glands are meant to be used to hunt their insect lunch. Even though you and I are not likely to be on the menu, it’s always important to be cautious. We can be bitten and have a reaction similar to a bee sting or more serious if there is a severe reaction to the venom. Always consult your doctor with medical issues, but in general wash the bite area with soap and apply ice to reduce swelling. Centipedes like dark, damp areas like rotten logs, rock or leaf piles, and even bark. A couple of interesting facts about the centipede is that some have been found to live up to 6 years, and species give birth to live babies! Impress your trivia team with that knowledge. The most common centipede we hear about at Canton Termite is the house centipede. This is the only type of centipede that can reproduce inside the home. They need dampness to survive and are busiest at night going after cockroaches for dinner.

As far as preventing or controlling the many-legged invasion of centipedes and millipedes, there are some important steps you can take. First off, remember that dampness and high humidity are necessities for these creatures, so watch for leaks in your home. Also, since centipedes feed on other insects, particularly cockroaches, getting rid of the food source is an important preventative. General household pest control is a must. Another approach the homeowner can take is to get rid of hiding places found too close to your homes such as piles of leaves, rocks, boards, trash, and composting areas. Remember, millipedes feed on decomposing material. Also, be sure your windows and doors seal tightly and caulk any cracks in and around the foundation. Finally, if you already have a problem, call a licensed and experienced pest control company.

At Canton Termite, we find common points of entry for pests as well as safely and effectively use any necessary pesticides to deter your creepy crawlies. Hope you learned something new and feel more confident about keeping your home bug free! 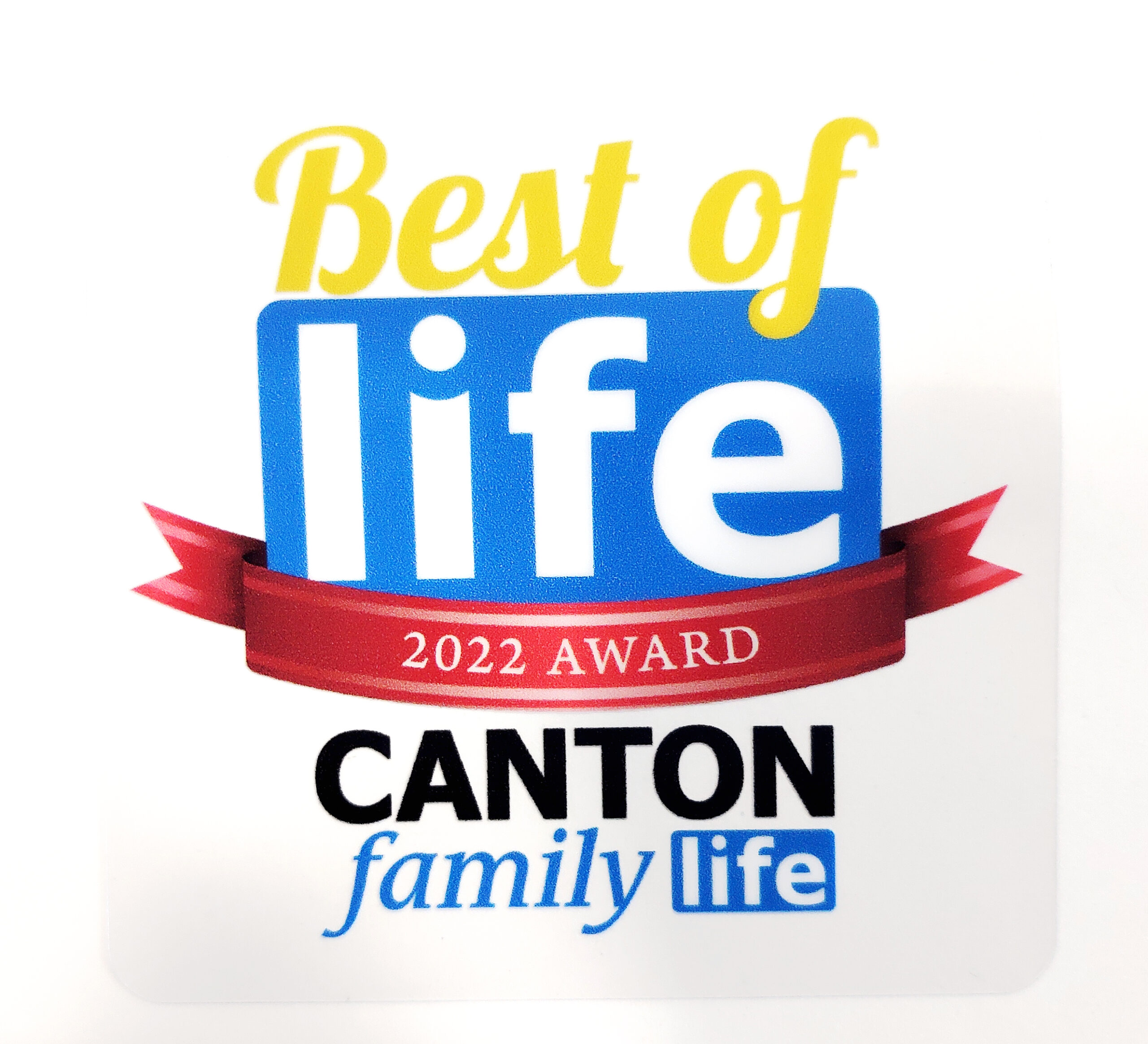