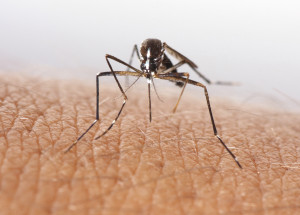 Here at Canton Termite and Pest Control, we like to keep up with current events, including the recent press release on research that is being performed to reduce the risk of malaria. The work is primarily being done in labs at various schools across the U.S., including the University of California and John Hopkins Bloomberg School of Public Health. What they are seeking to accomplish is changing not the disease of malaria itself, but the vectors, or the mosquitoes carrying malaria.

So what’s the big deal? Well, mosquitoes carry quite a number of diseases from person to person, all over the world. The worst of these include the dengue, yellow fever, the Zika virus, and of course, malaria. The specific parasite group that causes malaria are Plasmodium parasites, inhabiting the mosquito and waiting to enter another host. The mosquitoes also have a wide variety of other inhabitants in their bodies as well, and this is called a microbiome. These other bacteria and organisms have the ability to interact with each other, and potentially disable the Plasmodium parasites by not allowing them to inhabit the mosquitoes. A man by the name of Marcelo Jacobs-Lorena at the John Hopkins Bloomberg School of Public Health is researching a way to make the inside of a mosquito hostile against the Plasmodium organisms. What does this mean for Canton, or for customers of Canton Termite and Pest Control? It might change how you feel about mosquitoes, but more importantly, it will stop the transmission of dangerous and life-threatening diseases.