At Canton Termite and Pest Control we deal with Rats and mice and their control all the time.

If you just watched the above video, then one of two things has probably occurred to you:

1- That is disgusting, and rats are apparently a problem wherever that is. 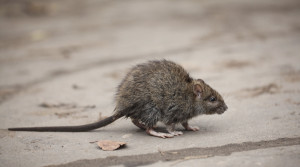 Regardless of where you stand between those two options, rats are a known problem in New York, and Nora Prentice does not like it. She has contacted the city’s health department twice about rat population. Nora no longer travels through the neighborhood park because it is home to almost two hundred rats. The city has closed her complaints after telling her that they are “working on the problem”. Comptroller Scott Stringer, who is a financial officer for the city of New York, accompanies Nora in her frustration. Scott Stringer thinks of himself as the “rat czar”, which is fitting based on his opinions about the rat population problem. Mr. Stringer suggests that the source of the problem is in the city’s health department. The department is not responding quickly enough to rat complaints, Mr. Stringer says. Additionally, Mr. Stringer believes that the Metropolitan Transportation Authority does not maintain a proper level of cleanliness in the subway stations, and that this is contributing positively to the rat population. The rats thrive on unclean environments, and Mr. Stringer wants to improve New York’s current condition of sanitation. Legend has it that there is a rat in the city for each person that lives there. When you consider that there are almost eight and a half million people living in New York, you begin to understand the scale of this claim! A Columbia University doctoral student studied the rat infestation last year.

Using statistical analysis, he estimated the city’s rat population at two million. Is this accurate? Scientists and city officials disagree with the student’s findings. They believe that it is impossible to accurately estimate the city’s rat population because of sewers, buildings, and other city structures. Normally, you can estimate the number of rats in an area outside by counting the burrows and multiplying by ten, but that is difficult to do in urban New York City. What, then, has caused an increase in the complaints by residents of New York about rats?

There has been an infamous war between New York’s health department and rats for decades, and they believe that the rat population has not increased over the past several years. According to them, the rats that are present in New York City became bolder last winter due to trash being left out on the streets for days on end because of snowstorms. The city officials also believe that complaining has risen because of the city’s new 311-smartphone application. Dr. Bragdom, the city’s rat expert, works in the health department as a scientist. She formerly had less than a dozen workers, but now has a team of nearly fifty and a three million dollar budget to attempt to bring down the rat problem so that it can be controlled; however, New Yorkers should bear in mind that even with lower populations, rats will always be present. No one is always going to avoid the rats in the Big Apple, but at least Nora Prentice will be able walk through the park.

Additional information on rats can be found below. Did you know that rats are carriers of at least eleven different diseases? One of those diseases is commonly known as the plague! Rats will transmit disease and infection through bites, scratches, touching food and surfaces, and other methods of physical contact. They reproduce quickly, and are assisted by this with good food and water sources, much of which is found in cities or other urban areas. If you want to prevent the chance for rats to enter your home, then “rat proofing” construction can be used, but more often sanitation is the bigger component of keeping rats out. The University of California’s Statewide Integrated Pest Management Program provides homeowners with a good means of searching for rat infestations below:

“ Inspect your yard and home thoroughly. If the answer to any of the following questions is        yes, you may have a rat problem.

Do you find rat droppings around dog or cat dishes or pet food storage containers?

Do you hear noises coming from the attic just after dusk?

Have you found remnants of rat nests when dismantling your firewood stack?

Does your dog or cat bring home dead rat carcasses?

Is there evidence rodents are feeding on fruit/nuts that are in or falling from the trees in your yard?

Do you see burrows among plants or damaged vegetables when working in the garden?

Do you see rats traveling along utility lines or on the tops of fences at dusk or soon after?

Have you found rat nests behind boxes or in drawers in the garage?

Are there smudge marks caused by the rats rubbing their fur against beams, rafters, pipes,    and walls?

Do you see burrows beneath your compost pile or beneath the garbage can?

Are there rat or mouse droppings in your recycle bins?

Have you ever had to remove a drowned rat from your swimming pool or hot tub?

Do you see evidence of something digging under your garden tool shed or doghouse?”

If the answer to even one of the above questions was yes, call 770-479-1598 for a free estimate today! Here at Canton Termite and Pest Control, our professionals seek to serve at the optimal level, ensuring your satisfaction with our work. We provide service throughout Cherokee County Georgia. Have a blessed day!

The first portion of this article gained information from World Teen, volume 2, number 3.

How to Control Rats and Mice
Tagged on: mice    rat    rats